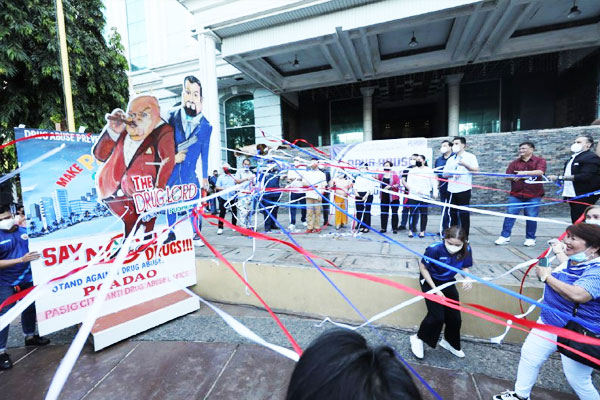 With the theme "Addressing Drug Challenges in Health and Humanitarian Crises #CareInCrises", Pasig launched the activity with the declaration of Barangay Sagad as a Drug-Cleared Barangay for successfully complying with the requirements of the Philippine Drug Enforcement Agency.

This is in like with the campaign against illegal durgs. Barangay Sagad chairman Marvin Benito accepted a monetary award of P500,000.00 from the city government of Pasig.  The amount would be used to sustain the programs, projects and activities in support of the anti-illegal drug campaign.

The awarding ceremony was followed by a dance number from Cool Kids Crew Junior and a ceremonial covenant destroying an effigy that represents Pasig's campaign against illegal drugs in Pasig.