After completing the repair works on the first lane of the southbound portions of the C5 Ortigas Flyover and C5 Pasig Boulevard Flyover, the Department of Public Works and Highways – Metro Manila 1st District Engineering Office (MM1st DEO) moves to repair the bridge expansion joint of the inner lane starting January 21, 2023 to February 21, 2023. 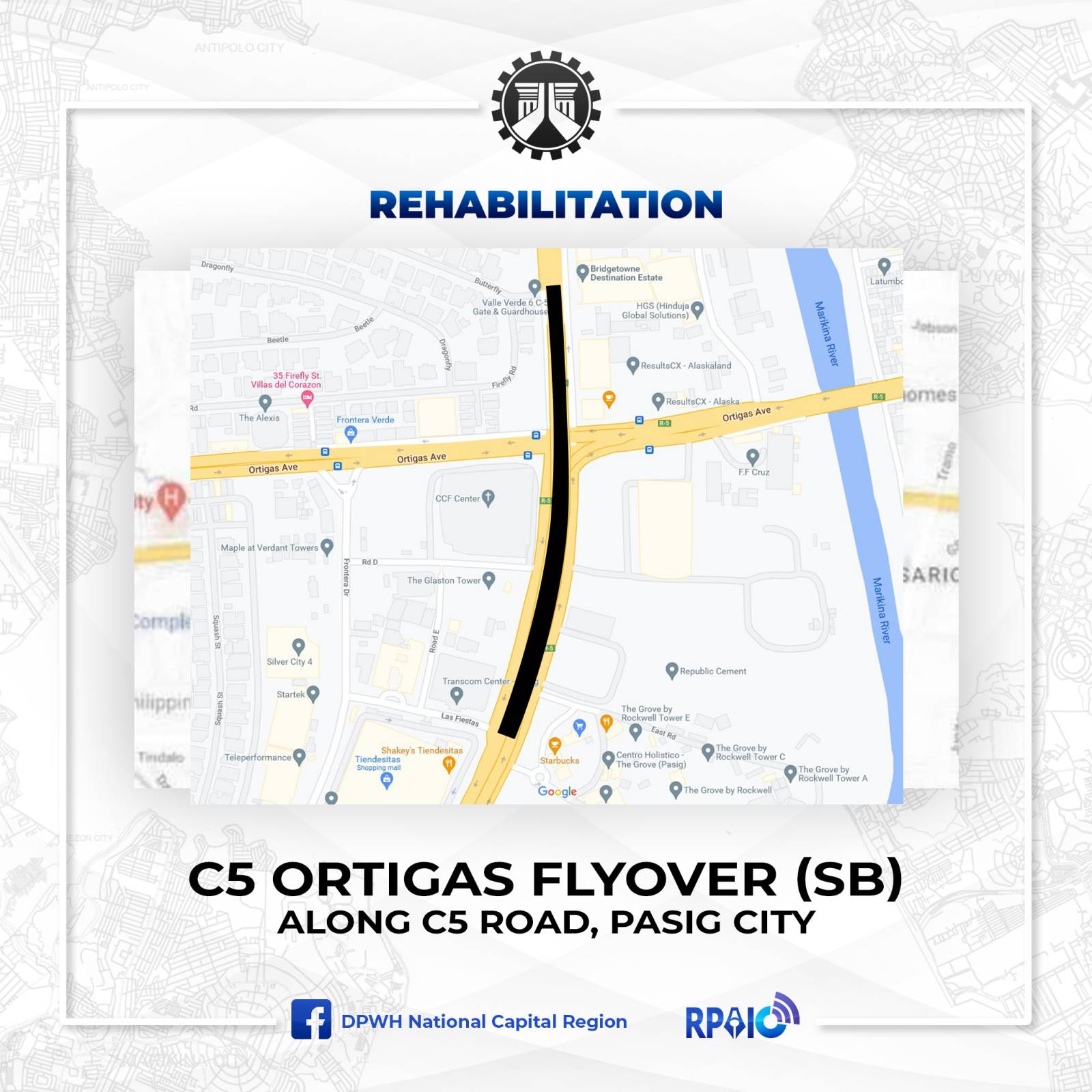 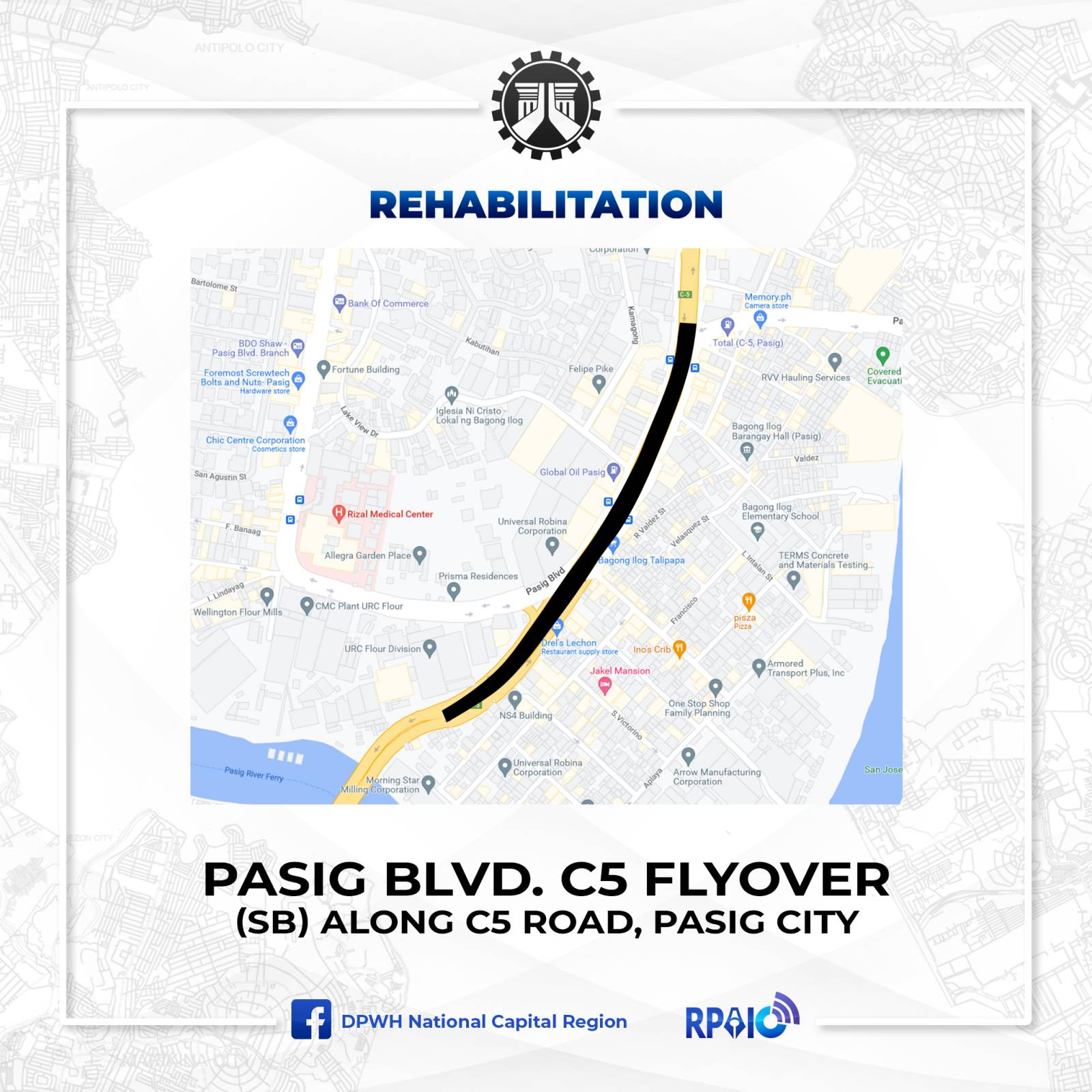 From December 2, 2022 to January 15, 2023 the 3.5-meter first lane of the southbound portions of the two flyovers underwent chipping works, including the installation of new bridge expansion joints on identified spans, and is now passable to all types of vehicles. In his report to Regional Director Loreta M. Malaluan, MM1st District Engineer Medel F. Chua stated that the same repair works will be conducted to the four meters of inner lane of the two flyovers to complete the rehabilitation project.

Heavier traffic is expected in the duration of the repair activities and curing period. DPWH NCR advises all motorists with wide vehicles to use service roads as alternate route during the scheduled time of construction work (10:00PM-5:00AM) since only 3.5 meters are passable on the outer lane. The project will replace the old bridge expansion joints, allowing more stability to the structural integrity of the bridges.