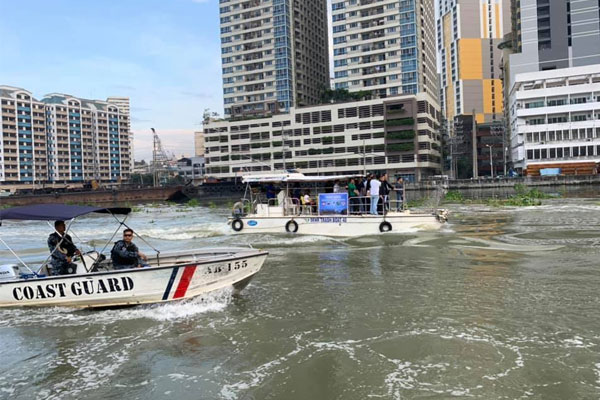 The Department of Transportation (DOTr) plans to complete the feasibility study for the upgrade of the Pasig River ferry system and maximize its use as a transport alternative the soonest, according to a report by Philippine Star.

Transportation Secretary Jaime Bautista yesterday said the DOTr would prioritize the rehabilitation of the ferry system under his leadership.

“One of our priority projects is the Pasig River ferry system, which then taps the Pasig River as an alternative corridor. It is a reliable and safe ferry service… traversing seven cities of Metro Manila,” Bautista said.

The National Economic and Development Authority (NEDA) is doing the feasibility study for the ferry’s upgrade. The study, Bautista said, will evaluate how the infrastructure would survive, especially with the looming construction of the Pasig River Expressway (PAREX).

“We are studying that right now because that will require NEDA approval. Currently, we can say that the project is in the pre-investment stage,” he added.

According to Bautista, the feasibility study should identify how the Pasig River ferry system will withstand the civil works and eventual operations of the P95-billion PAREX of Ramon Ang’s San Miguel Corp. (SMC).

Last year, the government approved SMC’s proposal to put up a 19.37-kilometer expressway on top of the Pasig River, from Radial Road 10 in Manila City to C-6 Road in Taguig City. In line with this, SMC embarked on a P2-billion rehabilitation initiative on the Pasig River to support the expansion of the use of ferry boats in the waterway.

In turning the Pasig River ferry system into a transport alternative, the government might tap the expertise of Norway on maritime maintenance.

“Norway has an excellent and efficient ferry system that we can emulate here. We will continue to communicate and collaborate with the Norwegians,” Bautista said.

Based on records, the Pasig River ferry system services more than 400 passengers every day in the seven cities it runs through, from Manila to Marikina City.

In 2018, the Department of Budget and Management had planned on financing the rehabilitation of the ferry system, after which it will turn over the infrastructure to the private sector.