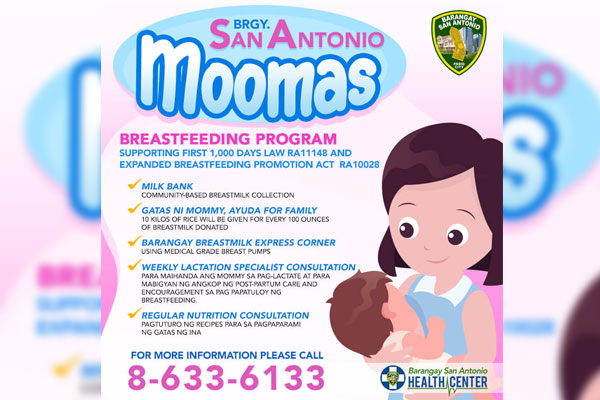 A barangay in Pasig launched the city’s first-ever extensive breastfeeding program for lactating mothers dubbed as "BSA Moomas", according to a report by Philippine News Agency.

The Barangay San Antonio (BSA) in Pasig also established its own BSA Milk Bank where the collected milk will be stored. Lactating mothers producing less milk and single fathers taking care of their babies may avail of the donated breastmilk.

This new milestone program, according to BSA chairman Raymond U. Lising, is spearheaded by Councilor Rachel Rustia who is heading the barangay’s committee on health and nutrition.

Rustia noted that the BSA is the first and only barangay to introduce a lactation specialist in Pasig that will guide mothers to breastfeeding.

“We wanted to support the First 1,000 Days Law which is already enacted at the national level. The law provides that the foundations of the child start from conception until two years old, so all the proper nutrition, proper activities to make the child healthy and strong starts from conception,” she said.

Rustia said the program will benefit both indigent mothers and their babies. Breastfeeding, she said, also provides a natural form of contraception while colostrum in breast milk helps babies to develop stronger immune system apart from it being economical.

“Rather than choosing to use formulas to feed their babies which is very much costly, and we know that, we want to help them by giving the proper support for breastfeeding,” she said.

She also emphasized the importance of giving breast milk to babies for their brain development and overall health.

Meanwhile, Lising said the BSA’s Milk Bank will be situated at the health center, specifically in the Nutrition Room.

“All interested donors will undergo health screening to guarantee that milk donated is safe and nutritious,” he said, saying even non-residents are allowed to donate.

He said the BSA procured a chest freezer for the storage of the donated milk.

Handsfree medical-grade breast pumps were also procured by the BSA so that breastfeeding mothers who wish to work may be able to pump supply at the health center and store their milk at the milk bank which will then be consumed by their baby as needed.

The chest freezer, Lising said, can store at least 100 milk bags of four ounces or a total of 400 ounces of breast milk.

“Donated milk can be stored in the milk bank up until six months,” he added.

As an incentive, Lising said the barangay will give milk donors 10 kilos of rice per 100 ounces of breast milk.

“Apart from 10 kilos of rice per 100 ounces donated, our donors can occasionally receive lactation aids such as malunggay capsules,” he said, adding that donors may also receive milk storage bags for replenishment.

The BSA chairman said the milk is free for all barangay residents in need of breast milk for their babies.

“Since Barangay San Antonio fully supports single parents, single fathers are also encouraged to participate in BSA Moomas. They may inquire at the health center for the details,” he said.

Meanwhile, Lising bared that the barangay wishes to have a quicker turnover to ensure the freshness of the donated milk by opening donations to public hospitals such as the Pasig City General Hospital, Rizal Medical Center, and other mothers in need of breast milk. 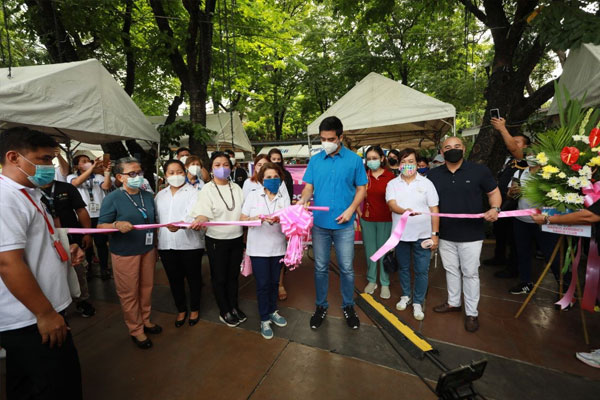 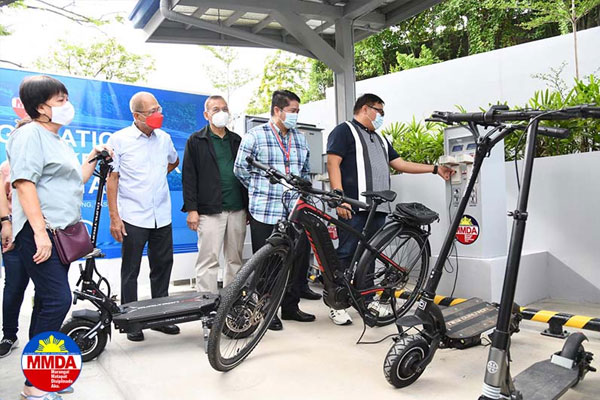