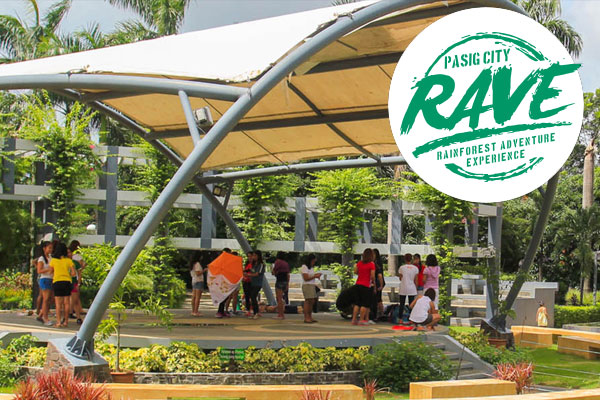 Pasig City Mayor Vico Sotto shared on Sunday, Dec. 18, that the local government will rename its primary rainforest park, and will aim to further incorporate green spaces in its infrastructure projects come 2023, according to a report by Manila Bulletin.

Sotto announced that the current “Rainforest Adventure Experience Park” or more known as the “RAVE park” will be renamed to “Maybunga Rainforest Park.”

The local government opted to rename the park as it moves towards more sustainable and environment-friendly development plans.

“Did you know that the Rainforest was once almost 9 hectares, but is now only 6.2? Now, under our administration, we preserve and improve our last big green space,” Sotto said in a social media post.

Improvements to the park are on-going, and plans are being made for senior citizens and young Pasigueños to enjoy activities in the park such as the installation of new play areas and jogging paths.

However, these projects will be implemented in a way that will incorporate the existing environment of the park.

“This new policy direction will be “better for the environment, air quality, as well as our health and even our economy,” he added.

He thanked his local government constituents, highlighting City Councilor Pao Santiago as a “champion of the rainforest,” for leading and supporting this new approach.

During the inauguration of the fitness center within the RAVE park on Saturday, Dec. 16, Santiago said that the ordinance for the renaming and new policies for the park has passed the second reading at the city council and hopefully will be approved for the third and final reading.

When the Department of Environment and Natural Resources (DENR) visited the rainforest to conduct a biodiversity inventory, the councilor shared that their findings indicated a big potential for the park’s biodiversity to thrive.

In order to achieve this, the local government needs to preserve the trees, plants, vegetation, and all sorts of species making a home in the rainforest.

Sotto expressed his gratitude to the DENR for providing the local government with technical assistance, and the Engineering Department for helping protect and beautify the rainforest park.

The RAVE Park currently hosts a variety of facilities and amenities for Pasig citizens to enjoy and be in touch with nature.

These include an adventure park, an aMAZE garden, a boating lagoon, a botanical garden, a camping area, a fitness center, a flower park, a kiddie playland, a mini-zoo, a picnic grove, a promenade area, and the RAVE Amphitheater.