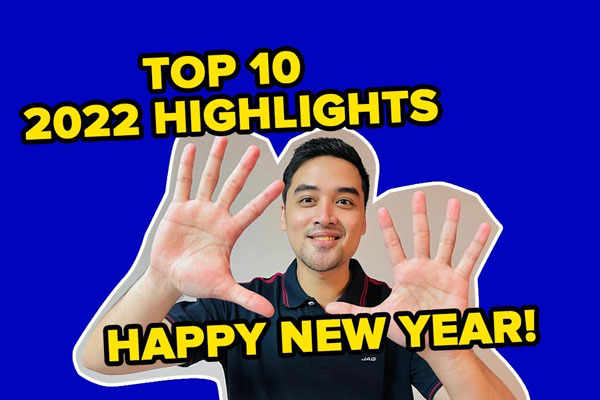 Pasig mayor expects the best for the city

Welcoming the new year in high spirits, Mayor Vico Sotto assured Pasigueños that “the best is yet to come for Pasig City” in 2023, according to a report by Manila Bulletin.

In a video blog post on his official YouTube channel on Sunday night, Jan. 1, Sotto said the local government will strive to do more in 2023, especially in launching infrastructure projects, as compared to 2022.

The local government will also further improve on its social services programs and other projects, he added.

In the video, the mayor also shared the local government’s top ten highlights for 2022.

These include the launch of the Local Senor Pension (LSP) where senior citizens who have no other sources of income or pensions receive P500 per month; the mass regularization initiative where 2,541 long-time employees have been regularized; and the expansion of the Pasig City Scholarship Program which now has around 23,000 scholars.

In 2022, the local government also provided compensation for properties taken by the LGU from 1970 to the 2000.

The Land Management and Recovery Office was established in order to settle these payments.

It also launched the pilot program of the Garbage Collection by Administration in Barangay Pinagbuhatan. Through the program, the local government is transitioning its garbage collection operations away from contractors in order to avoid corruption.

With the LGU at the helm, it was able to introduce more sustainable initiatives, Sotto said. From 2023 to 2025, Pasig City will fully transition to this system.

In regards to the national and local elections last May 2022, Sotto mentioned the triumphs of “Giting ng Pasig,” his team during the elections. His teammates garnered majority of the seats in the city council, and won the vice mayoral position, as well as the lone seat in Congress.

Sotto also highlighted the city’s “Most Business Friendly LGU Award” from the Philippine Chamber of Commerce and Industry (PCCI), the opening of the Mega Dialysis Center, and the city finishing second place overall in the Batang Pinoy National Sports Championship.

Her also mentioned the city’s Christmas activities and the return of the annual “Paskotitap” celebration.